The Power of the Imagination

Center Point Medicine Blog The Power of the Imagination 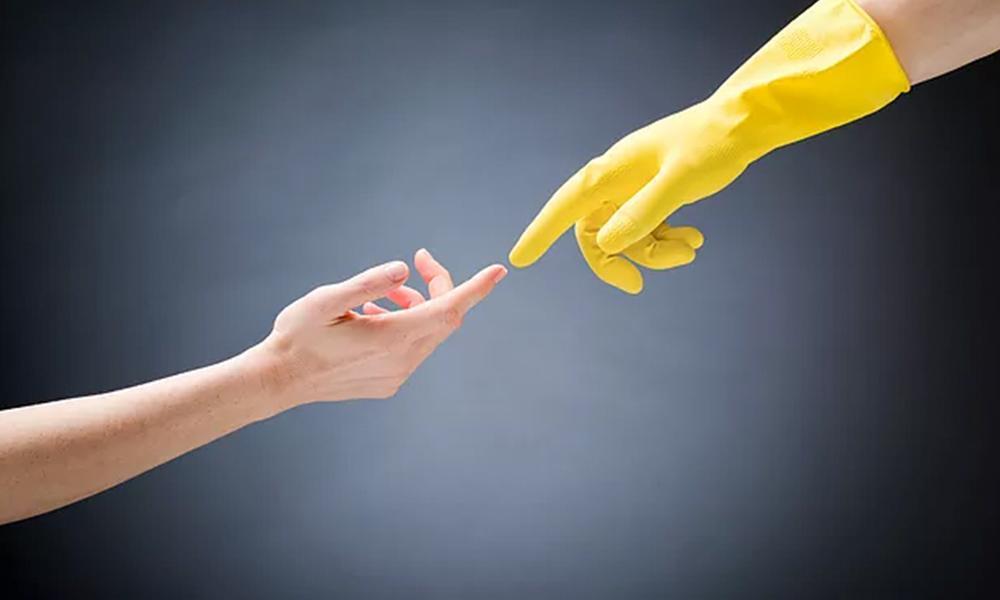 Thirteen-year-old Peter who came to see me because of his asthma, told me that he was very afraid of blood tests.  He explained that needles caused him a lot of pain.  Since I have been working with hypnosis, I have come to realize that patients who suffer a lot of pain from procedures are usually very good at doing hypnosis.  I suspect that their ability to be successful with hypnosis is proportionate to their ability to cause themselves great pain by their expectations.  So I suggested to Peter that I could teach him self-hypnosis with which he could control his fear and/or pain.

I only had a few moments to work with Peter during his first visit, so I suggested that I might show him a little of what he could do with hypnosis, to give him an idea of the power of his imagination.  I asked Peter if he knew what happens when you put two magnets together.

He replied that if the magnets were of opposite polarity that they would stick.

So I asked Peter to close his eyes and imagine that his hands have turned into giant magnets.  “Now notice that your hands start being pulled together, just as if they were real magnets.”

“Now here is the interesting part,” I said.  “In a moment, I am going to count to three.  When I do that, you can open your eyes, but leave the magnets where they are.  I think you will be surprised to find how difficult it is to separate your hands once you do that. 1, 2, 3.”

“Are the magnets still there?” I asked.

“Okay, try to separate your hands.”

Peter tried to separate his hands, but was unable to do so.  His eyes widened.

“Okay, close your eyes and remove the magnets,” I instructed.

Peter did so, and then separated his hands easily.

“Let me show you another example,” I said.  “Put your hands down and close your eyes.”

As Peter imagined the balloons, his arm quickly rose into the air.  He reported it felt as if his arm rose “by itself.”

“Good job!” I complimented Peter.  “You have a wonderful imagination.”

“So, do you want to learn how to control pain?”

“Did you know that you have a magic glove?”

“A magic glove.” I reached toward his forehead and pulled out an imaginary glove.  “Now what do you think will happen as I put this glove on your hand?” I pretended slowly to push a tight glove onto his hand.  “Can you describe what this glove feels like?”

“It’s warm and smooth,” he said with a curious look on his face.

“What color do you imagine it to be?”

“There,” I said as the glove reached his forearm.  “How does that feel?”

I pinched the back of his hand.  “And how does that feel?”

“I can’t feel that!” He looked at his hand with delight.

“Excellent! “ I said. “Now, let me show you something else.  You can transfer this glove to anywhere in your body that you think might be helpful.   Let’s imagine that you need to have a blood test from your elbow.” I pointed to the inside of his elbow.  “Transfer the glove to your elbow by briefly holding your hand there.”

Peter held his hand over the inside of his elbow for a few seconds, then took his hand away.

“Is your hand still numb?”

“I see.  So you’ve transferred the glove to your elbow?”

“So how does it feel when I pinch you here?” I pinched his other elbow.

“And here?” I pinched his “gloved” elbow.

“Good job!” I said.  “Now you know how to control pain.  But be sure to take away the glove when you are finished using it so that you won’t get injured without knowing it.  You can store it in your forehead if you’d like.”

Peter “removed” the glove from his elbow and lightly touched his forehead.

“Very good,” I said.  “Also, you must remember never to take away a pain if you don’t know its cause.  For example, if you scrape your knee, go ahead and take away that pain.  But if you have a stomachache, do not remove that pain because it might signal that something serious is wrong.  Pain is there for a reason.  It’s there to tell you that something is wrong.  If you don’t know what’s wrong, don’t take the pain away.”

“So are you interested in learning more about hypnosis?” I asked.

“Good, we’ll meet in a couple of months for you to learn more,” I said, escorting Peter out of the examination room to the appointment desk.

Peter told his mother about what he had experienced, and she appeared surprised.

“Would it be all right if you showed your mother how this works?” I asked Peter.

While he was standing in the hall, I picked up his left arm and told Peter that I was placing it on a shelf in midair.  When I let go of his arm, it remained suspended in the air.  “But what’s holding up that arm?” I asked Peter.

“Well, we can train that arm to do some pretty amazing things,” I said to Peter.  “Did you know that you can change the way you feel with hypnosis?”

“Okay,” I said.  “In a moment, I will take your arm off the shelf and then it will slowly fall to your side.  The lower your arm falls the sleepier you’ll get.”

I took Peter’s arm off the shelf and his arm slowly fell to his side.  As it did so, his eyes closed, and Peter appeared to fall asleep, except that he was standing up, in the middle of the hallway, and patients and their parents had to walk around him for a moment.  Peter’s mother was impressed.  I was impressed.  I didn’t think he was going to fall asleep, but just get a little sleepy.

After a few moments, it became apparent that Peter might sleep for a while, so I said to him, “Peter, when I raise your arm you will be wide awake, and feel great.”

And then I raised his left arm and Peter became wide-awake and said, “I feel great!”

“But what do you remember?” I asked.

“I fell asleep,” he replied.

“You’re a great hypnotist,” I complimented him.  “Today, during a lacrosse game, you might tell yourself that you will play very well.  I am sure that will help you,” I said.

“I’ll do that,” he said enthusiastically.