A5. Questions about Healing 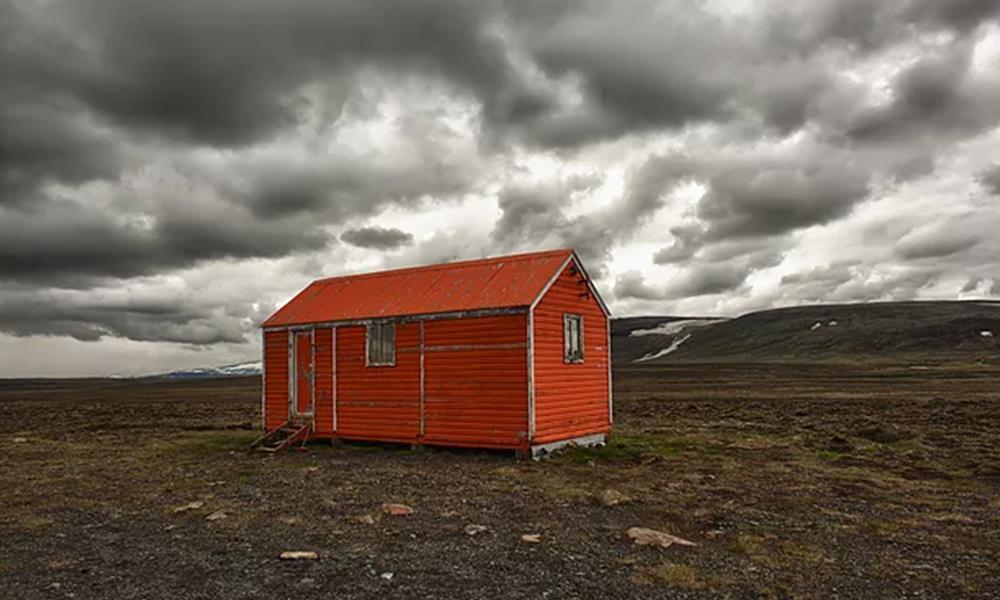 My questions regarding the limits of medicine continued as I neared completion of my medical school education.  I recognized that I had received outstanding training to employ many tools of modern medicine.  But what would happen if I was deprived of these tools?  Wouldn’t I be worthless as a physician? I wondered.  These feelings were expressed in a science fiction story I wrote about a physician trying to practice medicine in the 21st century after a nuclear holocaust:

The knocking at the splintered wooden door persisted despite its apparent futility.  Awakened, the frail man wearily put on his night robe and groped his way through the darkness to the table in the corner.  He felt for the thin stick of wax and finding it he edged to the fireplace.  His cough stirred the smoldering coals, releasing a small glow of smoky warmth.  A brisk wave of his left hand brought a small flame to life and he lit the wispy wick of his crude candle.

He slowly walked into the front room and sighed when the knocking ceased at the sight of a moving light within the crumbling house.  He opened the door a crack to reveal a woman clutching a small child to her chest.  She stood rigidly in the bitterly cold wind, which stirred the charred trees in the moonlight behind her.  The man grimaced when he saw her scarred bare feet that had crossed the splintered ice and crevices in the decaying roads.

The woman pressed herself into the house.  “Healer.  You must help me.”

The man slowly closed the door as she tenderly unwrapped the moldy blankets, revealing her shivering child.  And now, since the howling wind did not dominate inside the shack, the child’s sad, repetitive coughing was heard.

“Good God,” whispered the man.  “When did your child become so ill?”  He reached over and touched the child’s hot forehead.  “I don’t know if I can help,” he croaked.

“He has a terrible fever,” she whispered.

“That he does,” said the man as he turned.  “Could you bring the candle?”

The man resolutely carried the boy to his bedroom and placed him on a towel, in front of the fireplace.  “Please come!” he exclaimed as he noticed his shadow was lengthening by the candlelight.

“Hold this.”  He handed her the boy’s wet shirt.  She clutched the garment to her tearful eyes.  He struggled to finish undressing the child, an occasional shudder differentiating him from a corpse.

Grasping a glass from the table he dipped it into a black caldron near the fireplace, rinsed it several times, and poured a half-glass of his previous warm water over the naked child.

“At least I can reduce a fever,” he muttered to himself.  The thin rough towel slowly darkened as the man repeatedly dried the child.  Each time the boy was dry the man poured another glass of warm water on his torso.  Soon the boy began shaking.  “This is good,” whispered the man.  “When the boy is shivering it means that his fever is coming down.”  The boy started protesting when another splash of water hit his skin and began to cry when his eyes focused on the strange man.

His mother quickly picked him up and cradled him in her arms.  “Everything is going to be all right,” she told him.  “Mama is here.  You’re going to be just fine.”

But his face appeared ghostly pale in the light of the flickering flame.  “Mama,” he said weakly.  She kissed him fondly on his brow.

The man gestured towards the bed on which she lay the boy and covered him with the man’s thick blankets.  Her son’s eyes closed as gasps punctuated his shallow breaths.

“I’ll prepare us some warm tea,” the man said.

She was too depressed to refuse.

They drank the unsweetened brew at the table.  She was sitting on the chair, and the man was leaning against the near wall.  “If only I had some of my antibiotics,” said the man.  “Even a couple of doses would cure him.”

The woman could not understand.  “Is he going to live, healer?”

He didn’t want to reply.  “Most of what I know is useless,” he exclaimed instead.  “All I learned, all I studied, all I practiced, all that, does him no good.  I’m like a fireman without water.  How can I practice medicine in times like these?  I might as well practice witchcraft.  I have enough equipment for that.”

She was not listening.  She watched as her son gasped and then was very still.  She rushed over to him.  She kissed him and told him that soon they would go home.  She hit the bed with her clenched fist and saw his body swayed as the bed moved.  She cried, softly at first, and then began wailing, allowing her face to conceal his face as if to cover the terrible truth.  After a long time, she bundled her treasure, held him, and sang him a lullaby.

The man shuddered, as the candle flame died.

Thus, as I was graduated from medical school I was left with many questions to which I had no answers:

What can a physician do when the tools of modern medicine are not available or not useful?

How can I help alleviate suffering at the end of life under such circumstances?

What do you say to a dying man?

Asking these questions carried special relevance to me as I began focusing my career on a specialty that would involve care of terminally ill patients with cystic fibrosis.